Canadian life insurance application activity achieved record growth in March with Year-over-Year (YOY) activity up +7.4%, representing the highest gain for any month on record, according to the Canadian MIB Life Index. The positive trends in March bring Year-to-Date (YTD) activity for Q1 to a flat -0.2%, reversing the trend of declines of -2.0% or more on record since the beginning of 2018. While the difference in YOY activity can be somewhat attributed to the early effects of COVID in 2020, activity for March 2021 is also higher than March 2019 by +5.1%. 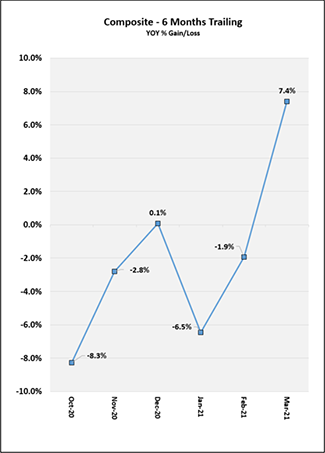 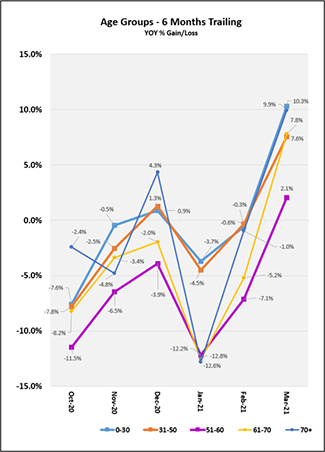 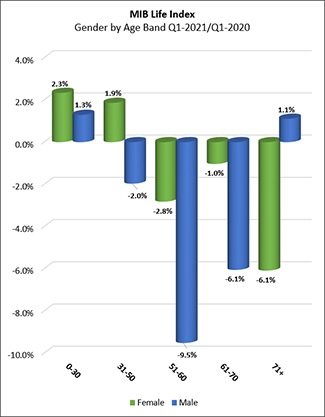 About 32% of total Life Index volume for Canada in Q1 did not include a product type. We believe the vast majority of these submissions are for Life Insurance applications and have included them in the composite analysis presented in this report. Missing product type information has a significant impact on Canadian analysis. When looking solely at submissions identified as for Life Insurance products growth is even higher, with activity up +16.1% YOY for Canada in March 2021 and up 9.42% YTD for Q1-2021 over Q1-2020.

Note: Due to frequent missing information regarding the applicant’s country of residence, effective January 2021 we are now identifying Canadian activity based on the company country. 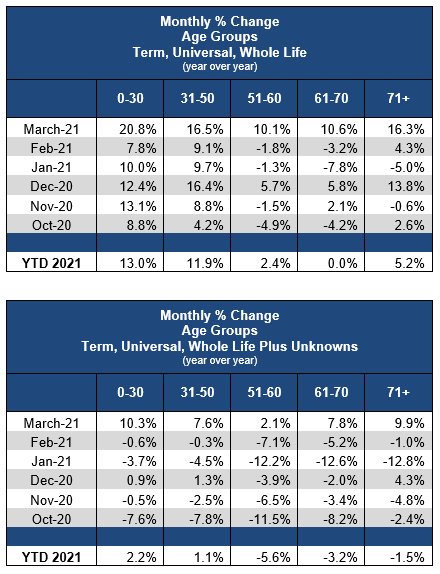